You Can if You Will: The Jerry Kramer Story

The Marcus Performing Arts Center (MPAC) is excited to announce an exclusive screening of the feature-length documentary film, You Can If You Will: The Jerry Kramer Story. The screening event will take place in Wilson Theater at Vogel Hall on Saturday, November 13, 2021 at 3pm and 8pm.

Jerry Kramer (born January 23, 1936, in Jordan, Montana) is a former professional football player, author and sports commentator, best remembered for his 11-year NFL career with the Green Bay Packers as an offensive lineman. As a 6'3", 250 pound right guard, Kramer was an integral part of the famous "Packer Sweep", Vince Lombardi’s signature play. Kramer was an All-Pro five times, and a member of the NFL's 50th anniversary team in 1969, but surprisingly, it took 50 years to be inducted into the Pro Football Hall of Fame!

A Life Beyond Football

Jerry Kramer’s life is not only about winning football championships with Vince Lombardi’s Green Bay Packers, it’s about helping people around him reach their full potential. This film will take the viewer on a journey of Jerry’s life, from a small-town family with modest means to the mountaintop of NFL glory as part of Superbowl I Champions Green Bay Packers. This special event features a post-show Q&A with the film’s director, Glenn Aveni, and the legend Jerry Kramer himself!

Get Your Tickets Today

A limited number of VIP ticket packages are available that include prime seating, a copy of the film on Blu-ray as well as a meet and greet and photo opportunity with Jerry Kramer. Tickets can be purchased in person at the Marcus Center Box Office at 929 North Water Street, Downtown Milwaukee, by phone at 414-273-7206, or online. Groups of 10 or more should call Groups Sales at 414-273-7121 x210. 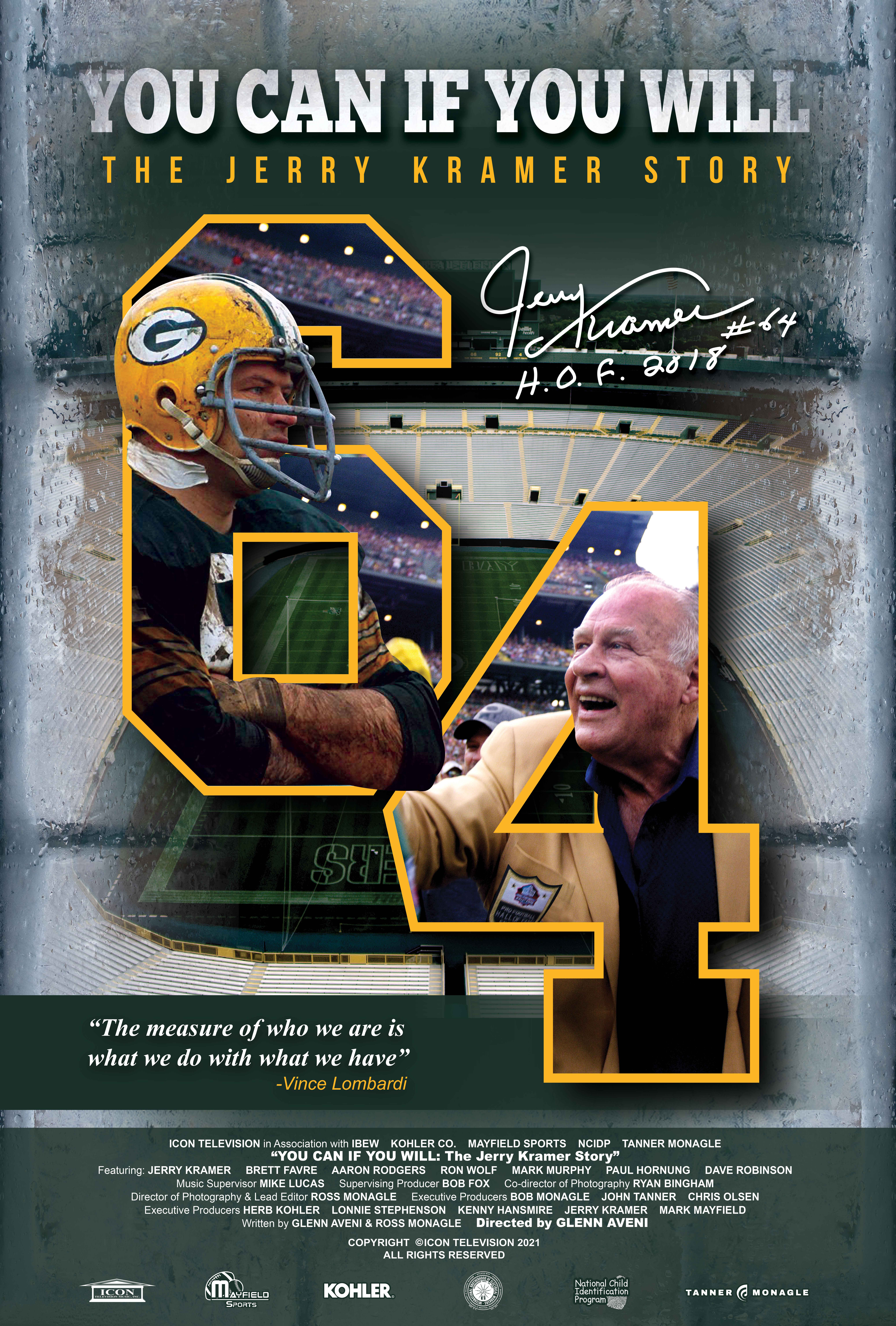 Established in 1969, the Marcus Performing Arts Center (MPAC) is the premier performing arts community gathering space in Southeastern Wisconsin, bringing high-quality arts and cultural programming to the region. As a mission-based 501(c)3 non-profit organization, MPAC strives to act as a bridge between cultures and an energizing force for collaboration and advocacy in the community.

The touring Broadway series, sponsored by Johnson Financial Group, is recognized as bringing the best of Broadway entertainment to Milwaukee since 1996, and provides opportunities to educate, entertain, and engage audiences. As a presenter, MPAC offers its own diverse arts and cultural programming and outreach, such as MPAC Presents, Rainbow Summer Reimagined, KidZ Days, ArtsConnect, and additional performances from internationally-renowned performing artists.