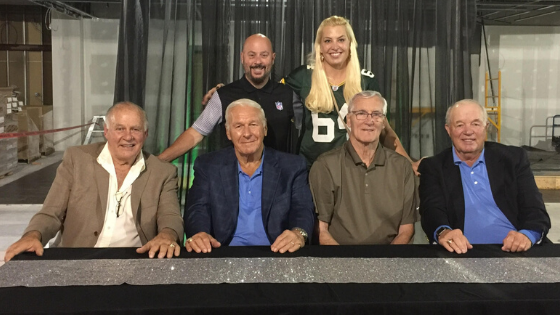 January 15, 1967, was the date. Los Angeles Memorial Coliseum was the place. For the 61, 946 spectators that day, as well as a national audience on two TV networks (NBC and CBS both simulcast the game), sports history was made in the inaugural AFL-NFL World Championship Game, now known as Super Bowl I.

This week, as part of the NFL 100 season-long celebration, the Green Bay Packers and the Kansas City Chiefs will relive the glory of Super Bowl I by playing on Sunday Night Football. With star quarterback Patrick Mahomes dealing with a knee injury, the Green & Gold look to keep their three-game win streak alive.

As the first championship game between the long-established NFL and the upstart AFL, many spectators were interested in who would win, the Packers led by Bart Starr or the Chiefs with Len Dawson at quarterback.

At halftime, Green Bay only held a 14-10 lead. It appeared the Chiefs, who had beaten the Buffalo Bills 31-7 in the AFL Championships game, would be tough competition for the Packers. Then, at the beginning of the third quarter, Packers safety Willie Wood intercepted a key pass, delivered a 50-yard return and the Packers went on to score 21 unanswered points. The final score of Super Bowl I: 35-10 in favor of the Packers.

Eleven players from that first championship Packers team, in addition to Head Coach Vince Lombardi, went on to be inducted into the Pro Football Hall of Fame. Green Bay would go on to win three more Super Bowl championships, including Super Bowl II the following year.

Mayfield Sports Marketing is incredibly proud to partner with several of the starters from that historic game. All-Pro RG Jerry Kramer was an integral part of the Packers offensive line that season and WR Boyd Dowler was one of Bart Starr’s favorite targets. Dave Robinson was a key player in the Packers linebacking corps while punter Donny Anderson helped introduce the NFL to the concept of “hang-time” in punting. While a neck injury sidelined Paul Hornung for Super Bowl I, his impact on Packer history is legendary and he is one of only nine players to win both the Heisman Trophy and the NFL’s MVP Award.

Kramer and Robinson would eventually be inducted into the NFL Hall of Fame, and Dowler will hopefully be a member of the 2020 Canton class.

If you’re a Packers fan, there’s no greater thrill than to be in the presence of Packer greatness. At Mayfield Sports Marketing, we count ourselves some of the luckiest people on Earth to work with Kramer, Dowler, and Robinson on various events, including autograph signings, opening day ceremonies, and speaking engagements.

We wish the Green Bay Packers the best as they take on the Kansas City Chiefs this Sunday night, and we thank our HOF Packers players for bringing that first trophy home to Wisconsin.

If you’re interested in having a HOF Green Bay Packer at your next event, contact Mayfield Sports Marketing today via our online contact form. With multiple Super Bowl rings between them, these guys know how to win and help your business succeed. Come join the winning team today!