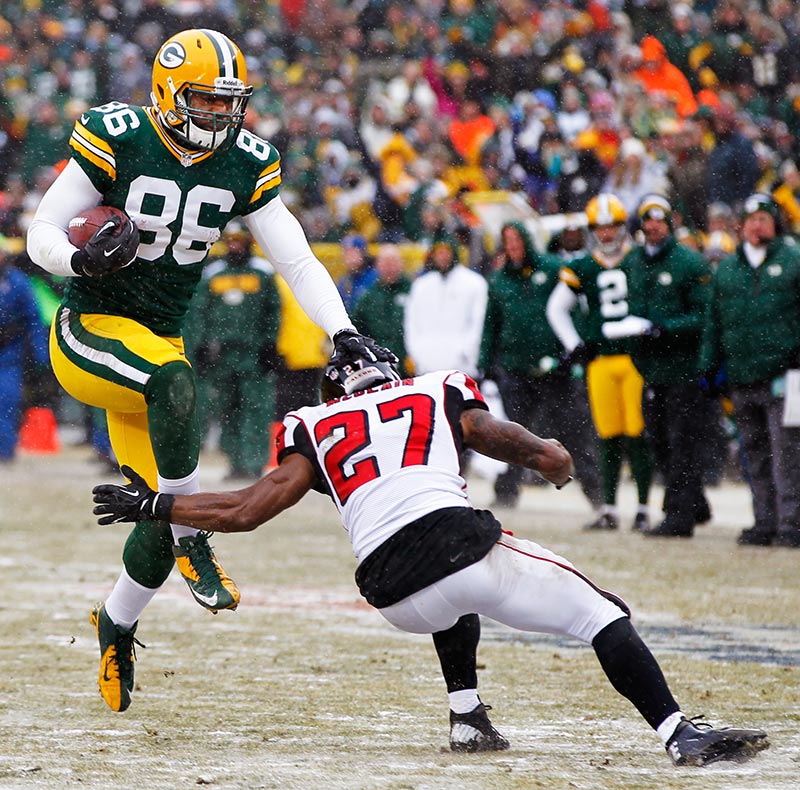 Today’s featured Mayfield Sports player is Packers tight end Brandon Bostick (@Bostick11 on twitter). Bostick was born on May 3, 1989 in Florence, South Carolina. He attended West Florence High School where he lettered all 4 years in both football and basketball. He also racked up all-state and all-region accolades for football. Bostick played college football at Newberry College in South Carolina where he majored in sports management. During his time there he started 24 games while appearing in 39 total. By the time he graduated he was top 5 in school history in receptions, receiving yards, and receiving touchdowns. He was signed by Green Bay as an undrafted free agent in the summer of 2012. In his only season so far he has 7 catches for 120 yards and a touchdown.

Growing up Brandon played multiple positions. As a youngster he played running back and linebacker. In middle school, high school, and college he played wide receiver and then started playing tight end once he got to Green Bay. His favorite thing about playing for Green Bay is the fans saying: “they are the best fans in the NFL, they support us so much”. He also said that the team and organization are both first class. If he wasn’t playing football Bostick would probably be coaching football and that he wants to coach once his playing career is over. His favorite color is blue. If he were an animal he would be a tiger because they are big, powerful, and ferocious. Three things he would describe himself as are: a relentless, loving, and god-fearing man.

Book Brandon Bostick for your next business event here: http://mayfieldsports.wpengine.com/quick-quote/