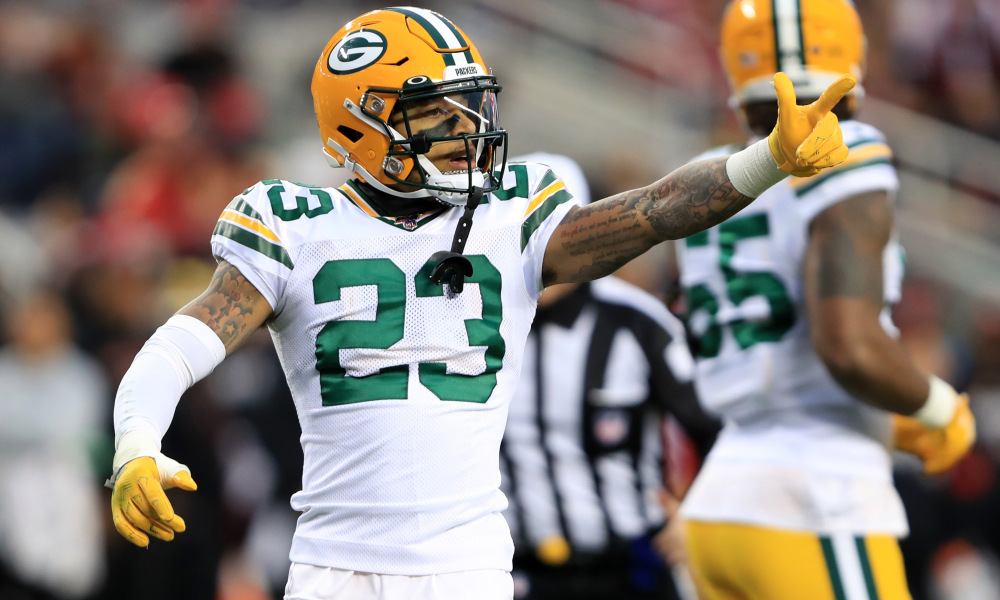 The NFL is stocked with talented cornerbacks. Xavien Howard, for example, in Miami has grabbed many headlines over the past year with his ridiculous numbers. Last season, he led the NFL with 10 interceptions and 20 pass deflections. The Dolphins think so highly of him, that they restructured his contract just two years into the deal. However, as dominant as Howard is, there is an argument to be made that Jaire Alexander, cornerback for Green Bay is easily the NFL’s best corner.

When Jaire Alexander declared for the NFL Draft, many experts tabbed him as one of the best in the class. According to walterfootball.com, his strengths include:

According to the same report, Alexander’s weaknesses were:

The Packers selected Jaire Alexander with the 18th overall pick in the 2018 NFL Draft. In order to get him, they worked out a trade to move up seven spots. At the time, cornerback was a dire need for the team. The Packers taking him was a very popular move by many who cover the team.

Jaire Alexander was an immediate success in Green Bay. In his rookie season, he played in 13 games, starting 11 of them. He had just one interception but also had 11 pass deflections. Those 11 deflections were the most on the team.  Only Josh Jackson came close to that total with 10.

There were some bumps in the road, though. Alexander gave up a 100.0 passer rating when targeted and had a missed tackle percentage of 10.8. Despite these shortcomings, the Packers knew they had a bonified number one corner on their hands.

In 2019, Alexander was even better. He stopped worrying about being a flashy player and instead focused on taking the receiver he was covering out of the action with intense coverage. As a result, he notched two interceptions and 17 pass deflections. His 17 deflections again led the Packers (Kevin King had 15). Alexander’s missed tackle percentage jumped to 12.1% in 2019, but his overall coverage improved. Quarterbacks had a passer rating of just 85.8 when targeting Jaire.  His completion percentage allowed dropped from 64.8% to 53.6%. Clearly, he was getting even better.

Last season, Jaire Alexander stormed into the discussion as one of the NFL’s best corners. He made a name for himself by shutting down opponents’ number one receivers week after week. However, he did this with sticky coverage as opposed to coming up with flashy interceptions. Alexander only had one interception last year, which diminished the media’s coverage of him. However, he was even better than he had been in 2019.

Alexander had 13 pass deflections in 2020, which again led the team. His missed tackling percentage dropped significantly to 8.9%, and opposing quarterbacks completed just 51.3% of their passes when targeting him. Additionally, they only had a 67.4 rating when throwing his way.

How Does Jaire Alexander Match Up with Xavien Howard

In order to better compare Jaire Alexander and Xavien Howard, take a look at how they stacked up against each other in 2020.

Upon first glance, it appears that Xavien Howard has every advantage over Jaire Alexander. However, the yards given up is a very telling stat. Howard was targeted 101 times last season; Alexander just 80. While there is no doubt that Xavien Howard is one of the best in the NFL, Alexander was so elite that opposing quarterbacks would not even throw his way! Of course, Alexander is not going to have the flashiest stats. How can he get them when the offense will not throw his way?

As stated, there are numerous talented cornerbacks in the NFL. Xavien Howard gets the most press coverage because of the insane numbers that he is able to put up. It is time, though, to put some respect on the name of Jaire Alexander. He may not get the stats, but that is because he is better at his job in coverage than any other player out there, and it shouldn’t minimize his place as the NFL’s best corner. There is little doubt that he will be First-Team All-Pro this season.

Interested in booking Jaire Alexander? As a booking agent for Jaire Alexander, contact Mayfield Sports Marketing for speaking engagements, VIP Meet & Greets, autograph signings, product endorsement deals, and media opportunities. Mayfield Sports Marketing is a leading sports marketing agency and speaker bureau. Whether your company is small or large, our team can search our network of current and retired celebrity athletes available based on appearance fees, team, location, or sport. With access to hundreds of athletes available for corporate appearances, keynote or motivational speeches, and product endorsements, we work within your budget to match your goals with athlete appearance. Call 262.366.8188 for Packers Jaire Alexander Booking Agent.