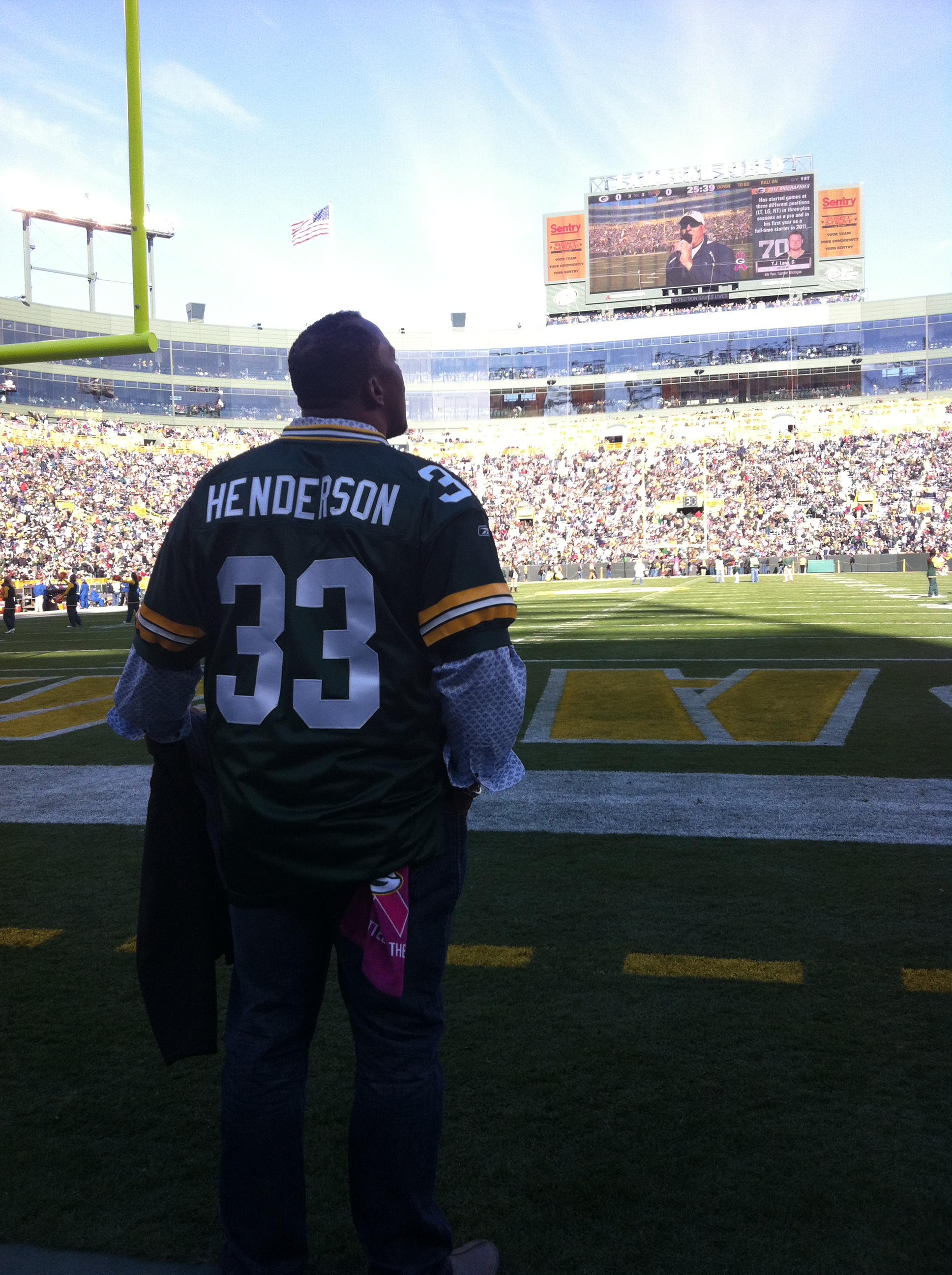 Today’s featured Mayfield Sports athlete is Packer’s Hall of Famer and Super Bowl Champion, fullback William Henderson (@MWISWEETFROG on twitter). Henderson was born February 19th, 1971 in Richmond, Virginia. He attended Thomas Dale High School, which is in Chester, VA where he played on the varsity team his freshman through junior years. His senior year he did not play because of a knee injury. He then went on to spend his college days at the University of North Carolina. In the 1995 NFL draft Green Bay selected him early in the 3rd round.  Henderson spent his whole career with the Packers, which lasted through the 2006 season. Some career highlights include being selected to the Pro Bowl in 2004, helping the Packers win Super bowl XXXI, and blocking for some of the top individual rushing efforts in Packers history. In 2011 Henderson’s accomplishments were recognized as he was inducted into the Green Bay Packers Hall of Fame.

Some interesting facts about William are that if he wasn’t a football player he would’ve liked to be a physical therapist or an orthopedic surgeon. Growing up other than fullback he played linebacker, offensive and defensive lines and even kicker! His favorite color is purple and if he were an animal he would be a tiger. If he had to describe himself in 3 words they would be thoughtful, strong, and patient. Lastly William is a franchise owner of a Sweet Frog Frozen Yogurt in Whitefish Bay, WI.

Book William Henderson for your next business event here! http://mayfieldsports.wpengine.com/quick-quote/