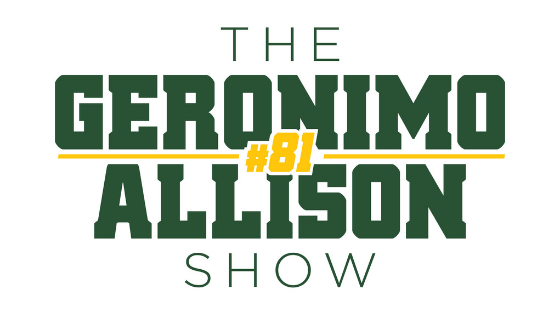 The live one-hour radio show is broadcasted from the Green Bay Distillery located at 835 Mike McCarthy Way in Green Bay, Wisconsin and airs Wednesday evenings from 6 – 7 p.m. Doors open at 4:30 p.m. for fans to come be part of the live audience and have a chance to win weekly prizes.

No stranger to weekly shows, Allison has appeared both on “The Steve Harvey Show” and “The Mike McCarthy Show” this last year. Alternating bi-weekly with “The Kenny Clark Show”, Packer teammates will join #81 to talk football and life in Green Bay each week during the regular NFL season and playoffs when the Packers are playing. There is no show during Packer’s bye week.

Signed by the Green Bay Packers in 2016, Allison started with the Packer’s practice squad before earning his first NFL debut in week 8 against the Atlanta Falcons where he earned his first NFL reception in the form of a four-yard touchdown. He saw career bests of 6 receptions and 122 yards in Week 3 of the 2017 season while finishing the season with 23 receptions, fourth among Green Bay’s receivers. A concussion and groin surgery saw his 2018 season, which started out well with 19 receptions for 289 yards and 2 touchdowns, cut short, but fans need not worry as he was re-signed by the Packers on March 13, 2019.

Mayfield sports specializes in connecting celebrity athletes with foundations, organizations, and businesses for endorsement deals, autograph appearances, motivational speaking, and more. From increasing profits and sales, motivating employees or students or boosting attendance at your next event the experts at Mayfield Sports will guide you through how endorsements and celebrity appearances can work for you.