A article from Michael Cohen. A great read on Davon House Returns Home.

GREEN BAY - When the Green Bay Packers are on the practice field, it behooves the viewer to pay attention as players work through individual drills led by assistant coaches. More specifically, it’s worth noting the order in which reps are taken.

Though it’s far from an exact science, there is an obvious tendency for players to line up in a manner that reflects the general parameters of the depth chart. Jordy Nelson and Randall Cobb lead the wide receivers. Clay Matthews and Nick Perry get things started for the outside linebackers. Mike Daniels takes charge of the defensive line.

Earlier this week, it was familiar face Davon House acting as frontrunner for the cornerbacks.

“Now I'm in a role where I'm going out there every time,” House said after Tuesday’s practice. “They call the ones, I'm the first one out doing the reps and the drills. I'm leading by example, I guess you could say. So my role has changed a little bit. 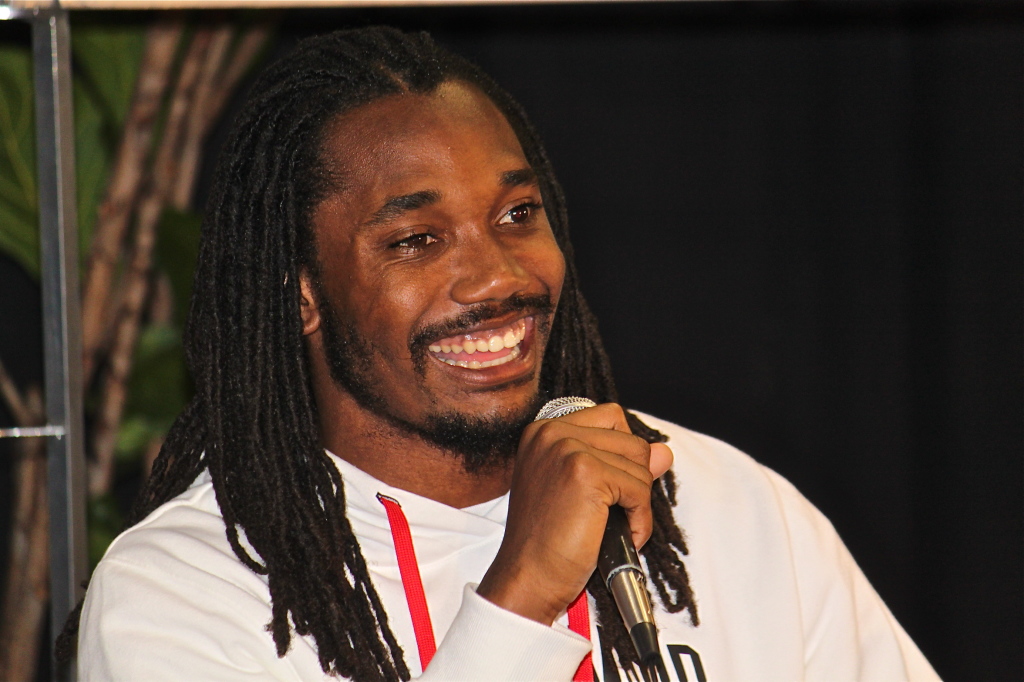 “People might look at me like I'm weird, but I kept all my Packers stuff after I left here. I watched every game, recorded the games. Rooted for you guys except when we played you guys in Jacksonville. But I mean I was rooting for you guys. I felt like I was still a Packer deep down inside.

“I wasn't going to go anywhere else, unless things were just ridiculously different than here. But this is where I wanted to be, this is where I needed to be, for me to show the world what I can do type (of) thing.”

A fourth-round pick by the Packers in 2011, House returned to Green Bay during free agency when he signed a one-year, $2.8 million deal after the Jaguars released him March 6. He instantly became the most experienced cornerback on the Packers’ roster with six accrued seasons — no one else has more than three — and will be asked to juggle a number of different hats in his second stint with the team: leader for a youthful group; mentor to second-round pick Kevin King; probable starter in Week 1.

It’s a role he is eager to fill.

“All I've got to do is teach what the vets taught me,” House said. “I was lucky to have Tramon (Williams), Sam Shields, Charles Woodson, me and Casey (Hayward) came around at the same time, Jarrett Bush. We're talking about leadership. If anyone is talking about being a Hall of Famer, I had Woodson. If someone was an undrafted guy, like Herb (Waters) wants to talk about starting from the bottom, I mean Williams did it. You have nickel guys, Casey was a nickel here, so if guys want to talk about that, Casey was the guy. Those are guys I can talk about, the way they did things, the way they worked as references, so it's easy.”

The Packers lacked a veteran presence for what amounted to the entirety of the 2016 season. Sam Shields, the unquestioned No. 1 corner, spent the majority of the year away from Lambeau Field after suffering a concussion in Week 1 that wound up ending his career. He recovered for several months in his native Florida as the youngsters behind him — Damarious Randall, Quinten Rollins and LaDarius Gunter — stumbled through their second seasons in the league.

“Sam’s presence meant a lot, especially to guys that are just two-year players,” Rollins said. “But having House in the room, it brings an older element to the room, a guy who has been around here on some great teams definitely will benefit us. I feel it.”

Randall and Rollins are entering what might be defining years in their NFL careers. Though both players were hampered by groin injuries that required surgery, their on-field performances were queasy enough to force general manager Ted Thompson to use his top draft choice on a cornerback for the second time in three years. If the Packers truly believed injuries were the only issue with Randall and Rollins, it’s unlikely Thompson would have selected King with the first pick of the second round.

“You definitely got to learn from it,” Rollins said of his performance last season. “That’s with anything you do in life. But I just didn’t play to my standards, so getting back to that this year is definitely my main focus.”

Added House: “We've got a chance to win the Super Bowl every year. Hopefully with me coming back, we can get that done. I mean with all the injuries we had in the cornerback room last year, if they had me or they had Casey, or if Sam never got hurt, they're going to the Super Bowl. That's one of the reasons I feel like I'm lucky.”

The arrivals of House and King are likely to limit the playing time for Rollins and Randall in terms of perimeter snaps next season, evidenced by the alignments used during Tuesday’s organized team activity. In the nickel defense, which is the de facto base for the Packers, the most frequent combination featured House and Gunter on the perimeter with Randall playing the slot. Rollins took the majority of his reps in the slot as well.

When the Packers switched to dime, everything stayed the same and safety Morgan Burnett played as the second slot corner. Kentrell Brice slid in alongside Ha Ha Clinton-Dix at safety.

Come June, when King returns to Green Bay after final exams at Washington, the rotations are likely to shuffle again. Returners from last year have four months to prove the miscues from 2016 were flukes.

“We’re not going to talk about it,” Rollins said. “We’re just going to continue to get better week after week, day after day and just see where we end up. But we’ve definitely got some strides we can make.”

To hire or book Davon House for a player appearance, meet and greet, autograph session or motivational speaking, contact Mark@MayfieldSports.com or 262.366.8188.

From charity events to motivational speaking, media to endorsements and fan events, we are so humbled and proud to work with some many awesome athletes. 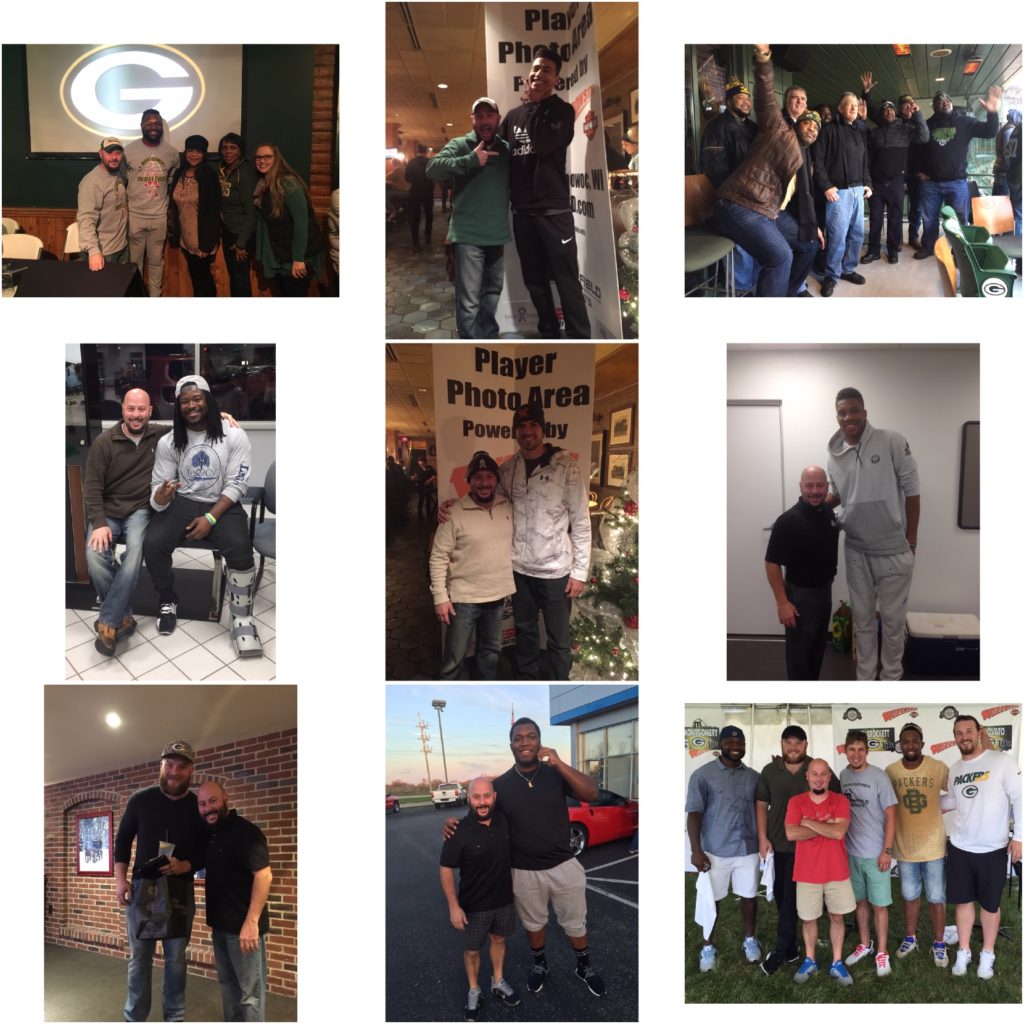 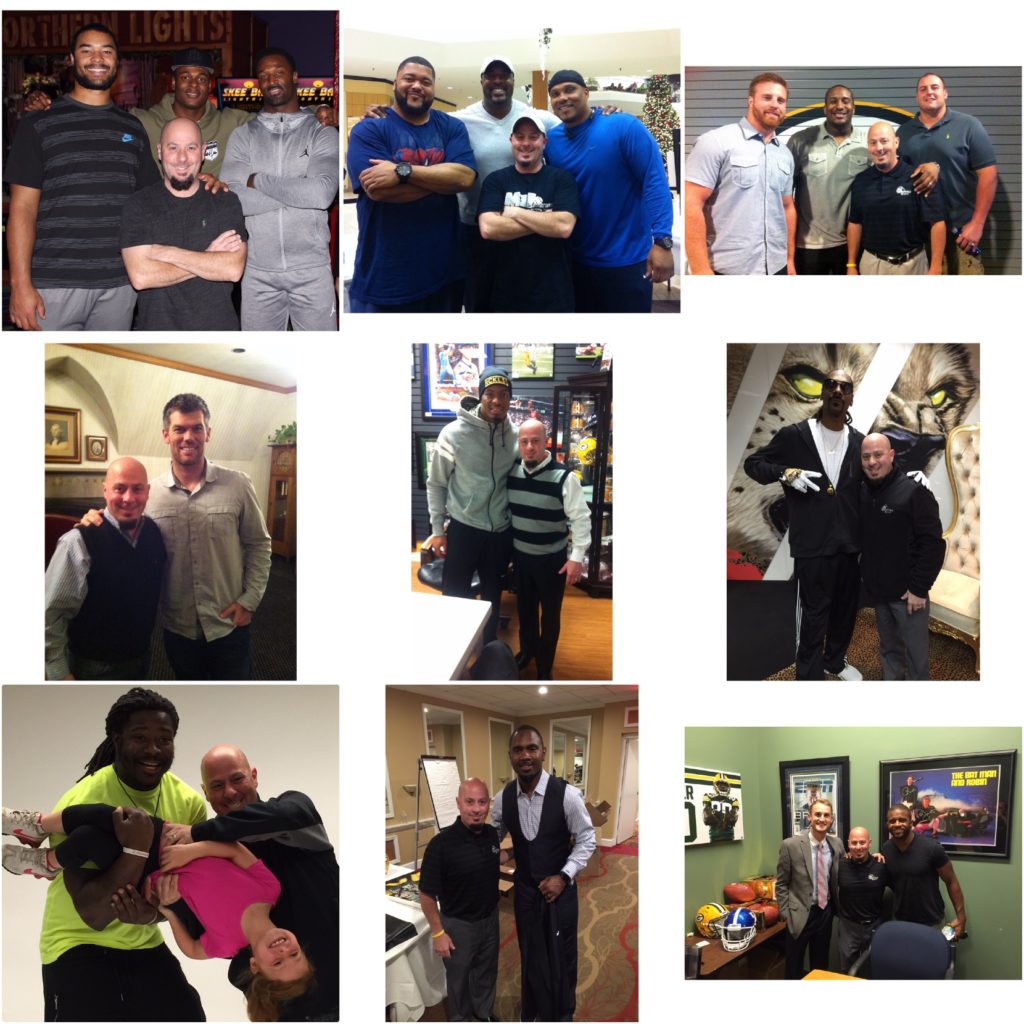 This is a great article on Mike Daniels and Kenny Clark. We just had an event last week with Mike Daniels and Van Horn Truck. We talked about Kenny Clark - how humble he is, work ethic and how he is "ready to learn." So, it is not a surprise during the first week of camp, we all see Daniels conveying the sense of urgency for Clark to "be ready in three  weeks." We have no doubt Clark will be ready for Week 1 especially with Daniels in his ear.

GREEN BAY – Rookie Kenny Clark should be ready to play in Week 1.

Fellow Packers defensive lineman Mike Daniels plans to make sure of it.

In Tuesday’s first practice of training camp, Daniels could be seen – and certainly heard – getting on Clark for messing up in an 11-on-11 period. There was no first-day grace period for the first-round draft pick from UCLA.

Discussing it after practice on Wednesday, Clark sounded like a player who wouldn’t have it any other way. He not only wants to earn the veterans’ respect, but he understands how important it is that he be all systems go when the first regular-season game rolls around.

“Just from yesterday, I get that sense,” Clark said. “They’re not putting any kind of pressure on me, they’re just making sure that, ‘You need to be solid. We want you to be good.’“I’m taking all that in, and I’m excited for it. I’ve been around people like that all my life, been around hard coaching all my life, so I love it. I’m only going to get better.”

The urgency comes from the defensive line’s need to replace B.J. Raji, and from the four-game suspension for third-year pro Mike Pennel to start the season.

Clark, fourth-round pick  Dean Lowry, practice-squad holdover Ringo, and anyone else that can help in Week 1 will be needed. With Datone now working more with the outside linebackers, Daniels and Guion are the Packers’ only pure down linemen with NFL experience.

Daniels’ outburst was a loud reminder that every practice matters for the unit to develop as quickly as it must.

“Sometimes you need to do that,” Daniels said. “With a guy like (Clark), I didn’t even have to do it. He’s already humming, but still, it’s my duty to set the tone.

“Every day is important. We need you to be a vet … in about three weeks.”

By the end of Tuesday’s practice, the defensive line was celebrating a few dominant reps by Clark. The rookie views consistency as his primary goal in training camp, so his teammates and coaches know they can count on him.

If that means taking an earful from Daniels or Guion once in a while, so be it.

“He was just being Mike Daniels and got fired up, and he got me going,” Clark said.

“Those guys are doing everything in their power to make sure I’m straight, make sure I’m doing my job. We have to count on everybody. They don’t want anybody slacking, and they want everybody to be on the same page.”It’s only been two non-padded practices and a few head-to-head snaps, but Pro Bowl guard Josh Sitton is impressed with what he’s seen from Clark so far. The two may have more one-on-one battles in pass-rush drills later in camp, but Sitton already knows he won’t feel like he’s facing a 20-year-old rookie during those reps.

“I would say the way he’s able to use his hands already, he seems a little older, more mature I guess,” Sitton said. “A lot of young guys kind of just play into you and don’t really keep using their hands, and that’s something I’ve noticed over the two days. He’s really good with his hands.”

Beginning Thursday morning, Clark will start to show what he brings in full pads. He can’t wait.

“Tomorrow,” he said, “we’re really going to see what these guys are made of.”

To book Mike Daniels, Kenny Clark or LeTroy Guion for an upcoming event, contact www.MayfieldSports.com or 262.366.8188.

Mayfield Sports Marketing has a special announcement, we are joining forces with Eddie Lacy and The Russ Darrow Group.

Mayfield Sports Marketing is excited to announce our newest partnership with the Green Bay Star and The Russ Darrow group. Through this partnership, we will be working with The Russ Darrow Group on endorsements with some of your favorite Wisconsin sports stars, including players from Green Bay and Milwaukee.

The first endorsement we bring to you is with one of the biggest stars from Green Bay. This now-veteran running back has a total of over 2,000 yards and more than 20 touchdowns after only three seasons with the team. After his first season, he was awarded the 2013 Associated Press NFL Offensive Rookie of the Year.

We are very excited to announce our first endorsement with Russ Darrow and the Green Bay Star, running back Eddie Lacy.

If you would like Eddie Lacy to endorse your company or product, or hire a different Green Bay football star to attend your event, please visit our website and feel free to contact us.

Mayfield Sports Marketing is a full-service, athlete speaker agency, sports speakers bureau and athlete marketing agency. Our expertise extends across all areas of the industry, from securing athlete endorsement deals to marketing campaigns for professional athletes. Booking athletes as keynote speakers and motivational sports speakers is one of our areas of expertise here at MayfieldSports.com. To speak to a booking agent, call us at 262.366.8188 or contact us online by filling out our quick booking form.