Packers Ty Montgomery is Staying at Running Back

Ty Montgomery is staying at running back

Former receiver plans to change his number this offseason 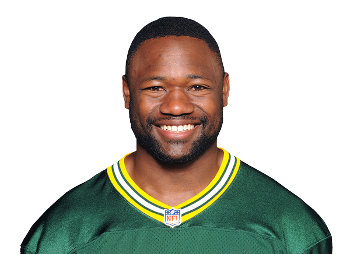 GREEN BAY —Ty Montgomery is staying put at running back.

Packers Head Coach Mike McCarthy confirmed during his season-ending news conference Thursday that Montgomery will remain in the backfield after converting from receiver in-season.

The former third-round pick led the Packers in rushing with 77 carries for 457 yards and three touchdowns in addition to catching 44 passes for 348 yards.

Montgomery also will switch from No. 88 to a number indicative of a NFL running back between 20 and 49. Players aren’t allowed to switch numbers during the season.

“Talking with Ty in his exit interview, he’s a running back,” McCarthy said. “He wants to change his number and that’s the way we’re going. He’ll spend the whole offseason clearly working at the running back position.”

The Packers began toying with the idea of moving Montgomery to running back during training camp, but McCarthy admitted that he never envisioned him finishing the season as the Packers’ starter.

In the first game without either player, Montgomery produced 126 total yards (60 rushing, 66 receiving) in a 26-10 win over Chicago. He followed up that performance with a career game against the Bears in December, rushing for 162 yards and two touchdowns on 16 carries.

“By no means did I think Ty Montgomery would be playing halfback and be there by himself against the Chicago Bears, but you have to be prepared for that,” McCarthy said.

“He and Randall (Cobb) have that (dual) dynamic to them that’s part of our offense, but to switch full bore, we were fortunate we made that decision there at the end of training camp to get Ty ready.”

McCarthy said the Packers plan to use Montgomery in a hybrid capacity next season with receiver still being his “secondary responsibility.”

Lacy, who finished the year on injured reserve, was off to the best start of his career with 71 carries for 360 yards (5.1 yards per attempt) through the first five games.

The fourth-year running back is one of 14 pending free agents currently on the Packers’ roster.

“I’d love to see Eddie back,” McCarthy said. “Eddie is going through a medical situation. I clearly understand his contract situation. That’s really something we’re continuing to work through.

“Until Eddie even clears the medical threshold, we’ll have to see where we are.”

Mayfield Sports Marketing is happy to announce we are now accepting inquiries,

For more than 10 years, Mayfield Sports Marketing has been a leading sports marketing

agency and speaker bureau that has assisted numerous Wisconsin and Midwest companies,

large and small, with booking athlete appearances and sports speakers for corporate

agents have negotiated deals for current and retired sports figures. Recent bookings for

deals, celebrity golf tournaments and many more corporate hospitality events. To book a