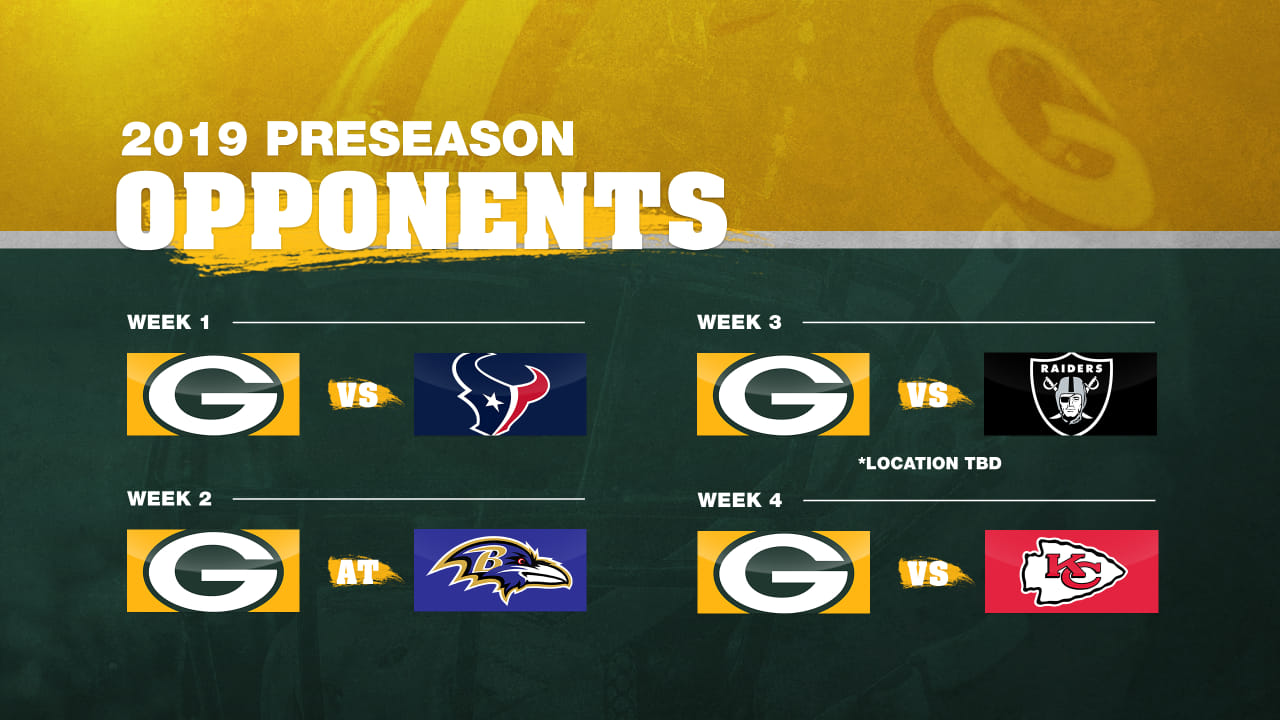 Football is back in Green Bay! After a thrilling 28-26 win over the Houston Texans in the first game of the preseason, the Packers hit the road for their second preseason tilt on August 15th against the Baltimore Ravens. Unfortunately, the boys got bit, falling to the Ravens 26-13.

First-year coach Matt LaFleur is hoping to resurrect Packer’s greatness, and many preseason pundits have Green Bay winning no less than 12 games this year and taking the NFC North crown. The 2019 preseason promises to be interesting for LaFleur, as he develops a working relationship with future Hall of Fame quarterback Aaron Rodgers and installs new offensive and defensive schemes.

Up next, the Packers head west to take on a woeful looking Oakland Raiders team. Because of ongoing stadium issues in Oakland, this game will be played in Winnipeg.  Adding even more fuel to the fire is the upcoming visit to Lambeau by the Raiders on October 20.

The final preseason game also is against a team the Packers will see during the regular season, the Kansas City Chiefs. Given that this is the final preseason game, don’t expect to see the regular season starters on the field for any significant playing time. Instead, the much-anticipated matchup between Aaron Rodgers and Patrick Mahomes will have to wait until the October 27 tilt at Arrowhead Stadium.

Provided Rodgers and LaFleur click and work together well, this season has the potential to be a championship year for the Packers. The key will be the defense, anchored by players such as Jaire Alexander and Rashan Gary. Alexander is already getting All-Pro buzz, while Gary is showing everyone why he was worth a first-round draft pick. There is also noticeable improvement with players such as Kenny Clark, who is looking to build on previous success.

The offense is showing championship stuff as well. Davante Adams looks to be a key piece in Coach LaFleur’s system and it will not be surprising to see a high touchdown total for him by the end of the season. This looks like the season that Aaron Jones gets 1,000 rushing yards. The Packers offense is also looking for improvement from players such as Geronimo Allison, resigned by the Packers after an injury-shortened 2018 season.

Mayfield Sports Marketing is a leader in sports marketing and athlete endorsements. If you’re interested in enhancing a business or speaking event with a Green Bay Packer, current or former, contact Mark Mayfield today. An athlete can increase interest and foot traffic at your event, creating more excitement and building your business brand. Use our convenient online contact form to get a quote.