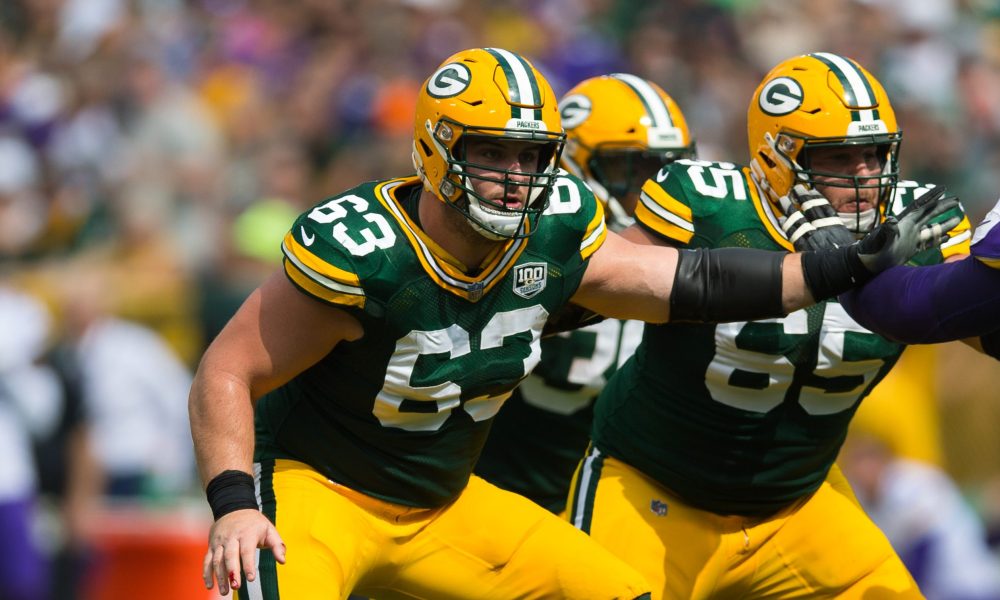 Although we are just five games into the Green Bay Packers’ 2020 season, there has already been plenty of discussion surrounding the upcoming free-agent class. Of course, this group includes David Bakhtiari, Aaron Jones, Kevin King, and perhaps the least talked about free agent, Corey Linsley.

Linsley tends to fly under the radars of many in part due to the position that he plays. However, what can’t be overlooked is just how good Linsley has been over his career, especially this season. Since entering the NFL back in 2014, Linsley has been incredibly durable, playing every offensive snap in three of those seasons, including back-to-back years in 2017 and 2018, along with not missing a start since 2016. On top of that, he’s also excellent at making adjustments pre-snap.

And when discussing Linsley, we also have to mention the chemistry that he has with Aaron Rodgers and his ability to remain still with the best cadence and hard-count in the game. A task that certainly isn’t an easy one, as Linsely told Packers.com recently:

“It’s very, very complex,” said Linsley of Rodgers’ cadence. “It’s not like we’re sending rockets up into space or anything … but it’s complex enough to where being on the same page as him takes a lot of time and effort from studying, playing, all of that. It takes a concerted effort to get used to his cadence.”

As far as this year goes, according to Pro Football Focus, as a pass blocker, Linsley’s 158 pass-blocking snaps are the most by any offensive linemen without allowing a single pressure. This, of course, gives him the highest pass-blocking efficiency rating out of all centers in the NFL. Site Paul Bretl

Signing details:
Corey Linsley
*2014 NFL All Rookie Team
*#1 rated center in the NFL for 2020
Corey Linsley autograph on YOUR item (Item not included)

Mayfield Sports Marketing is a leading sports marketing agency and speaker bureau. Whether your company is small or large, our team can search our network of current and retired celebrity athletes available based on appearance fees, team, location or sport. With access to hundreds of athletes available for corporate appearances, keynote / motivational speeches and product endorsements, we work within your budget to match your goals with an athlete appearance. If you are seeking Corey Linsley booking agent or celebrity fees, contact Mayfield Sports 262.366.8188. Alexander is available for Virtual Corporate Events, Product Endorsements, Keynote Speeches, Website Endorsements and Autograph Signings.