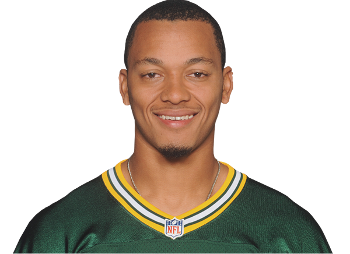 Locker room plans to pull together without Aaron Rodgers

MINNEAPOLIS – The sight of Aaron Rodgers sitting on a cart and being driven to the locker room is something no one on the Packers’ sideline ever wants to see.

Yet, that’s the reality the Packers were forced to live with Sunday afternoon inside one of the loudest venues the NFL has to offer.

As the challenges continued to mount inside bustling U.S. Bank Stadium, backup quarterback Brett Hundley assumed control of the huddle and did his best to guide the offense through the Packers’ worst nightmare.

While the circumstances proved a bit too extreme for the Packers to overcome during a 23-10 loss to the Vikings, the confidence Hundley displayed amidst calamity told teammates the third-year quarterback was ready to lead this offense.

“He showed an inordinate amount of poise,” center Corey Linsley said. “He came in with confidence. I have full confidence in Brett. As long as he has confidence – that’s the biggest thing for a QB is coming into that huddle and setting that poise. It’s all intangibles but I don’t have any doubt in Brett.”

Rodgers sustained a broken right collarbone a little less than 10 minutes into Sunday’s NFC North contest, the result of his throwing arm hitting the ground after an out-of-the-pocket hit from Vikings linebacker Anthony Barr.

Most players were unable to see the hit because of their assignment. The injury sent shockwaves through the sideline and thrust Hundley into the spotlight after more than two years serving as Rodgers’ understudy.

The Packers adjusted their game plan to suit Hundley and a banged-up offensive line, which saw three starters – David Bakhtiari (hamstring), Lane Taylor (ankle) and Bryan Bulaga (concussion) – all exit due to injury.

Despite the shakeups, Hundley helped engineer two scoring drives off turnovers in the first half to keep the Packers within earshot of Minnesota. Hundley’s first touchdown pass – a 14-yard toss to receiver Davante Adams – tied the game at 7 with 10:40 left in the second quarter.

Hundley also led a late surge near the end of the game, driving the Packers’ offense 84 yards to the Minnesota 11-yard line before a tipped pass fell into the arms of Vikings cornerback Trae Waynes.

“He came in and played his butt off,” receiver Randall Cobb said. “He took a bunch of shots. He was able to get up and keep playing. He held onto a couple when a lot quarterbacks get hit, they’re going to lose those balls. I love his toughness and the way he bounced back and kept playing.”

A fifth-round pick in 2015, Hundley had yet to play a meaningful regular-season snap prior to Sunday but impressed during extended looks during his first three preseasons.

With Hundley’s experience in the system, the Packers appear to be better suited to handle Rodgers’ absence this year than the last time he sustained a collarbone injury in 2013. The Packers had three quarterbacks – Matt Flynn, Scott Tolzien and Seneca Wallace – start games that season, none of whom spent training camp in Green Bay.

“I think the thing a lot of people don’t understand is with him going down like this, the last time this happened in 2013, they were cycling through backups,” Linsley said. “Now with Brett and a full week of practice in with Aaron by his side showing him everything to do and teaching him and educating him on the game plan instead of Brett learning as we go, that’s going to be a benefit for him.”

Hundley’s presence was the thing that stuck out to teammates the most. He maintained the same mentality he’s shown in practice, standing tall in the pocket and constantly communicated with the Packers’ receivers, listening to suggestions throughout.

The main message veterans conveyed to the young quarterback was not trying to be anyone other than himself this week and moving forward.

A full week of preparation should benefit Hundley entering his first NFL regular-season start next Sunday against the New Orleans Saints. He also has an endless football encyclopedia at his disposal in Rodgers.

As Hundley readies to lead the Packers’ offense going forward, the locker room understands it must rally without their two-time MVP quarterback for the time being. Knowing it’s impossible to replace his skill and leadership, it’s on the entire team to help carry the load.

“He’s the heartbeat of this team. It runs through him,” Adams said. “He’s best doing it in this game, so he takes a lot of pressure off us. It just means that we’ve got to pick it up and substitute some of that energy, some of that leadership, some of those small things that he does all week and during the games that keep us going.”