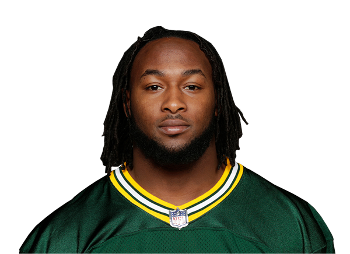 I have worked with professional athletes for more than 13 years. Earlier this season, a client and friend of mine, Packers Lane Taylor, referred me via text to Packers RB Aaron Jones. I was immediately impressed by Aaron’s professionalism. He texted me and asked if he could call and chat after work. We talked for about 15 minutes about our agency, off the field marketing and the first opportunity we could offer him. He accepted, was humbled and grateful for the opportunity.

Last Sunday, the Packers had a 31-12 victory against the Miami Dolphins, a win keyed by one of the best rushing performances in the Rodgers era.

The Packers entered Week 10 last in the NFL in share of running plays on first down (39.6 percent) despite being second in the league in play success on those runs (48.5 percent).

A successful first-down play is defined as getting a first down or touchdown or gaining at least 40 percent of the yardage needed to convert a first down.

But on Sunday, they ran on more than half of their first downs (51.85 percent) and gained 142 yards on their 14 carries, including 117 yards on nine carries by Aaron Jones.

If your company, association or group would like to book Packers Rising Star Aaron Jones for a community appearance, non profit event, endorsement etc, please contact 262.366.8188 or Mark@MayfieldSports.com

Mayfield Sports Marketing specializes in athlete appearances, non profit events, autograph sessions and more. We have worked with Hall of Famers, both football and baseball, NBA stars and negotiated 100’s of contracts and athlete appearances.

MSM is proud to work with Aaron and his team from Steinberg.