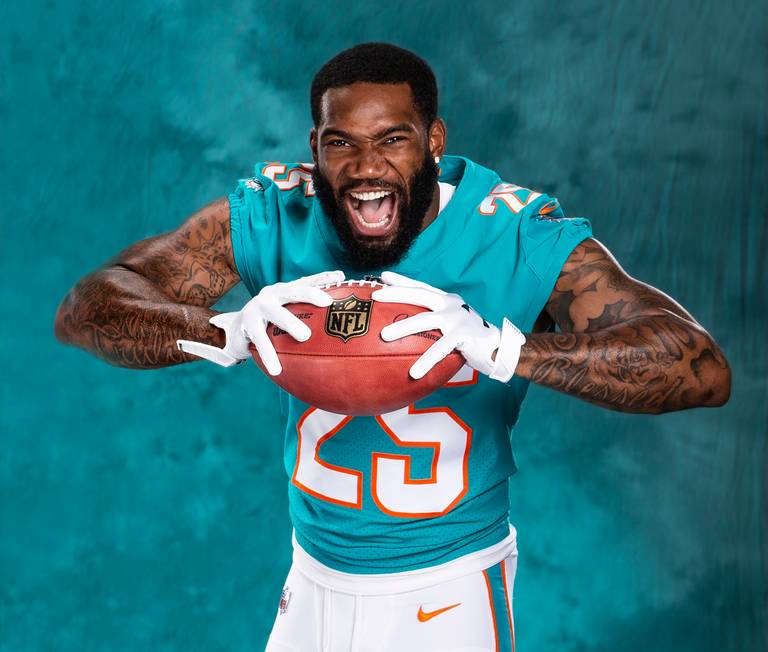 Xavien Howard is in the Defensive Player of the Year discussion and a big game against K.C. will really help.

For the 2nd time this season, Xavien Howard will enter a game with a chance to get five interceptions in five games but this time its against K.C.

If Howard is going to bring a Defensive MVP award home to the Miami Dolphins, he will need to make a statement on Sunday against the Chiefs. Howard is on another four game interception streak. While he is getting national MVP attention, he still isn’t turning enough heads. Yet.

Tomorrow, Howard will have a shot at his 9th interception on the season. If the Miami Dolphins can beat the Chiefs and Howard can shutdown whoever he is covering, that national narrative is going to get a big wake up call.

Howard is clearly having the best year of his career but until the Dolphins become real contenders they won’t earn the respect around the league. That is just how it goes. Teams that are bad need to have a dominating player on the field that clearly stands out. In the L.A., the Rams have Aaron Donaldson who has won the award two of the last three years. Last year it was Stephon Gilmore.

The last Miami Dolphins to win the award was way back in 2006 when Jason Taylor took the award. Could Howard become the fourth player in team history to get the award. Dick Anderson and Doug Betters also took home the award.

While Howard has two four-game stretches this year, he has not recorded a multi-interception game yet. Could he do that tomorrow against the best offense in the NFL?

The Game
In Week 14, the Kansas City Chiefs return to the scene of their Super Bowl LIV triumph over the San Francisco 49ers. This time they will take on the Miami Dolphins in their home stadium. The game will kick off at Noon (Arrowhead Time) and will be carried by CBS-TV — locally on KCTV/5.

With a playoff berth already in hand, a victory against Miami (or a Las Vegas Raiders loss against the Indianapolis Colts) will clinch the 11-1 Chiefs their fifth consecutive AFC West title. They’re coming off a 22-16 victory over the Denver Broncos at Arrowhead Stadium last Sunday, which was their seventh straight win.

Now a game behind the Buffalo Bills in the AFC East at 8-4, the Dolphins need a victory to maintain their chance at the playoffs and the possibility of a division championship. Miami hasn’t won the East since 2008 — or a playoff game since 2000.
The Chiefs are led by quarterback Patrick Mahomes. He is now the NFL’s all-time leader in career passer rating (110.3), passing yards per game (307.6) and interception percentage (1.3%). He’s currently leading the NFL in passing yards (3,815), interception percentage (0.4%) and net yards per passing attempt (7.80). He is also regarded as the front-runner to win 2020’s NFL MVP award. It would be his second such honor in three seasons as Kansas City’s starter — and is the reigning Super Bowl MVP.

First-round rookie quarterback Tua Tagovailoa is making his sixth start as the leader of the Dolphins offense. The former Alabama quarterback was selected fifth overall in last spring’s NFL draft, completing 63.2% of his passes for 898 yards (and seven touchdowns) through seven games this season — good for a passer rating of 99.4. He has been sacked just ten times and has yet to throw an NFL interception.

But if things go badly under center, the Dolphins have magic in their back pocket: 38-year-old Ryan Fitzpatrick, now in his 16th NFL season for his eighth NFL team. He started the first six games of 2020, going 3-3 before giving way to Tagovailoa after the Dolphins’ Week 7 bye. He came in for the rookie during the fourth quarter of the Week 11 loss to the Denver Broncos — and also while Tagovailoa was out with an injury in Week 12.

Fitzpatrick may never play another snap for Miami, but Chiefs fans will never forget the Fitzmagic they saw during last season’s thrilling Dolphins victory over the New England Patriots in Week 17 — a win that paved the way for Kansas City to grab the AFC’s second seed on the way to the Super Bowl.

Mayfield Sports Marketing is a leading sports marketing agency and speaker bureau, connecting companies with Xavien Howard booking agent and others. Whether your company is small or large, our team can search our network of current and retired celebrity athletes available based on appearance fees, team, location, or sport. With access to hundreds of athletes available for corporate appearances, keynote or motivational speeches, and product endorsements, we work within your budget to match your goals with an athlete’s appearance.