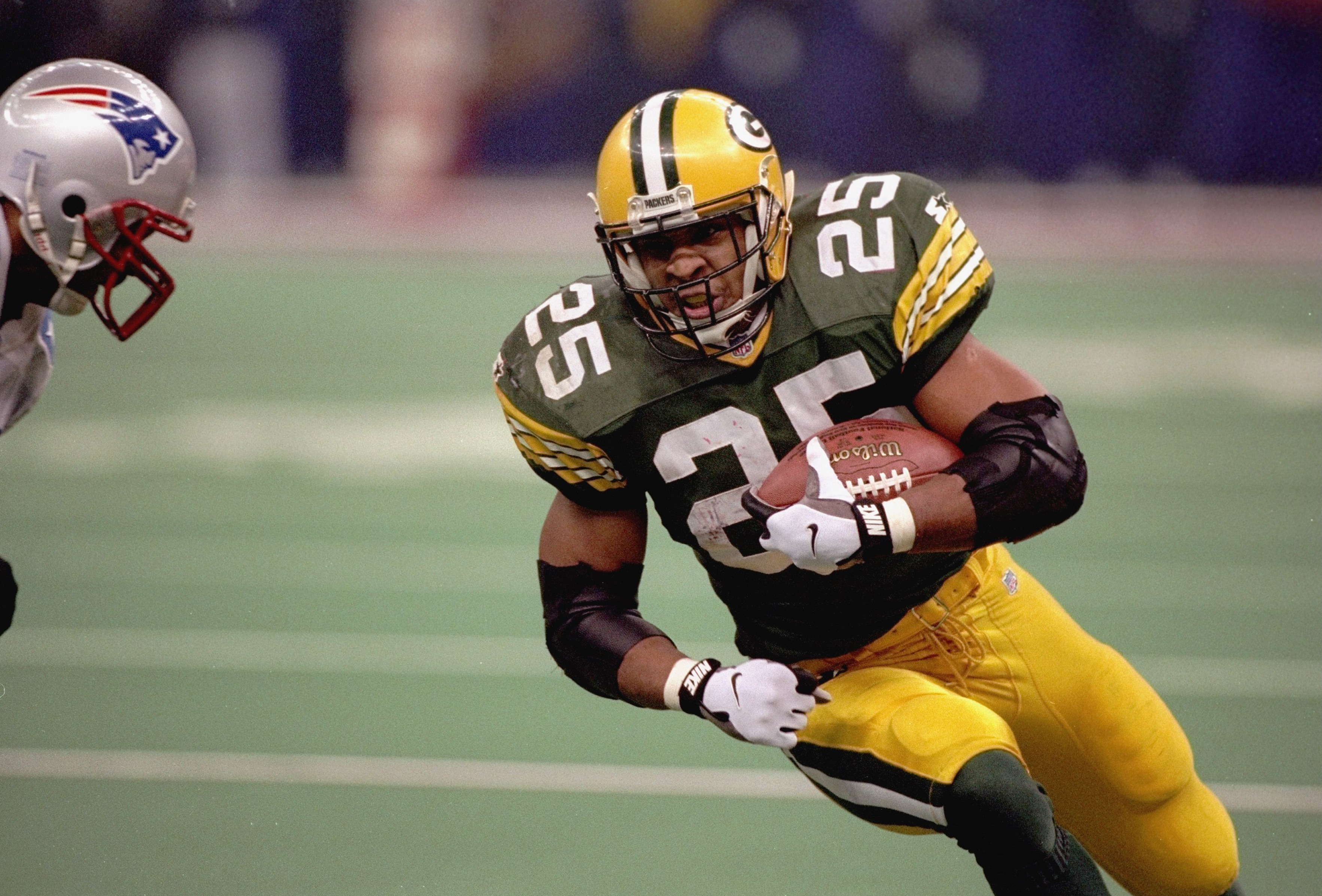 Today’s featured Mayfield Sports athlete is former Packers running back Dorsey Levens (@DorseyLevens on twitter).  Levens was born on May 21st, 1970 in Syracuse, New York. He attended Nottingham High School in Syracuse where he lettered all 4 years. He also earned various All-League, All-State, and All-America honors. In addition to playing positions on both sides of the ball on the football field, Levens was also a pretty good basketball player as he lettered 3 years and was captain of the team his senior year. For college he initially went to Notre Dame where injuries and competition from other future NFL running backs limited his production his first two seasons. He therefore transferred to Georgia Tech. In his two seasons as a Yellow Jacket he compiled over 1,000 yards and 10 touchdowns running. His senior season he was an All-ACC selection and set the Georgia Tech record with 7.2 yards per carry. After being picked in the 5th round of the 1994 draft by Green Bay, Levens played various back up roles for the first few seasons. After a good postseason in 1996 when the Packers won the Super Bowl, Levens opened the 1997 season as the starter. Having a spectacular first season as a starter he rushed for over 1,400 yards while earning a trip to the Pro Bowl, All-Pro honors, and helping the Packers return to the Super Bowl. In the 1998 season he injured his knee again and was unable to return to his top form. After being released by Green Bay in 2001 he spent some time with the Giants and Eagles where he last played in 2004. He officially retired in 2006 as a Packer. As a result of all of his contributions he was elected into the Green Bay Packers Hall of Fame in 2009.

Besides running back, Levens played quarterback for one year of Pop Warner football and also played fullback and linebacker in high school. He also kicked and punted. His favorite thing about playing for Green Bay was waking up on game days and going to the stadium to get ready to play. If he wasn’t a football player Levens says he would’ve tried his luck on the basketball court. His favorite color is blue and if he were an animal he would be a tiger. If he had to describe himself in three words he said: “I am myself”.

Book Dorsey Levens for your next business event here: http://mayfieldsports.wpengine.com/quick-quote/