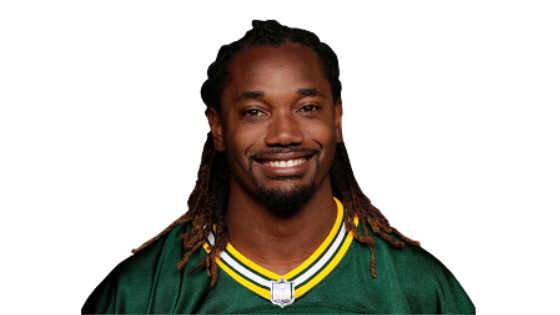 The two fans – brothers Mike and Chad Johnson – drove from Western Wisconsin, picked up Packers Davon House at the airport in Minneapolis and made the long trip back east to Green Bay, delivering the Packers cornerback safe and sound at around 3:30 on Tuesday morning.

The unlikely trip started with House, who missed his connecting flight back to Green Bay at around 11:00 p.m., taking to Twitter to ask for help. The two life-long fans jumped at the opportunity.

Mike, who lives in Hudson, Wisconsin, made the short drive west to the airport to pick up House. Chad, who lives in Eau Claire, met them along the way.

“I went to bed and I was scrolling through my Twitter and saw he needed a ride,” Chad Johnson said, according to Rob Demovsky of ESPN. “My brother lives in Hudson, [Wisconsin]; I’m in Eau Claire. I tweeted him that ‘I could come pick you up,’ and in the meantime I texted my brother that House needs a ride. My brother also tweeted him. He was closer so he swung up to the airport and picked him up, and I met him on Highway 29 so my brother and I could keep each other awake.”

The drive from Minneapolis to Green Bay is roughly 280 miles. It takes over four hours to complete.

Upon arriving in Green Bay, House instructed the brothers to follow him to Lambeau Field, where he gave a tour of the locker room and signed some gloves and cleats as a thank you for ensuring he wouldn’t miss any of the Packers practice on Tuesday morning. He also paid $80 for the fuel, according to Demovsky. Davon was far too gracious. Took us in the locker room, took photos w/ us, signed cleats and gloves. True class act. All @ 3:30am!

House, a veteran cornerback drafted by the Packers back in 2013, was back in Green Bay in time for OTAs, which began for players at 7:30 a.m. on Tuesday morning. He can thank the Johnson brothers, a pair of Packers fans who now have an incredible story to tell.

To Book or Contract Davon House for an upcoming appearance, autograph session, meet/greet or non-profit event, contact Mark at Mayfield Sports (262) 366-8188 or Mark@MayfielSports.com