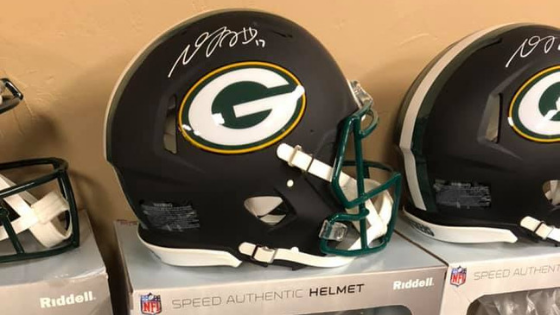 More and more businesses are learning the value of adding a partnership with a celebrity athlete to their marketing strategy. VIP meet & greets, product endorsement deals, celebrity golf tournaments, speaking engagements, autograph signings, and media opportunities are all great ways to connect current and alumni professional athletes with employees, donors, customers, and more.

Gearing up for an exciting sixth season with the Green Bay Packers, coaches, teammates, and experts alike are looking for greats things from Davante Adams.  A second-round pick in the 2014 draft, he had a solid rookie season with the Green Bay Packers ending with 446 receiving yards and 3 touchdowns as well as setting Green Bay’s rookie record for receiving yards during a playoff game–117 during the Packers 26-21 win over the Cowboys.

Always a hard worker, his offseason efforts earned him the unofficial “off-season MVP” award coming into the 2016 season where he finished as Green Bay’s second-leading receiver with 75 catches for 997 yards and 12 touchdowns–second only to Jordy Nelson.

He continued to improve for the 2018 season with a team-leading 885 yards and 10 touchdowns from 74 catches. He was also selected for his first Pro Bowl appearance and ranked 45th by his peers as the NFL’s Top 100 Players of 2018.

The 2018 season brought many successes and achievements including a career-best 166 yards from 10 receptions in Week 11, reaching 1,000 receiving yards in a season, double-digit receiving touchdowns for a third consecutive season, and 100 receptions in a single season.

A leader within the sports marketing and speaker bureau industries, Mayfield Sports has connected many companies, small and large, located in Wisconsin and throughout the Midwest connect with celebrity athletes. From motivational speaking, autograph signings, player appearances, product endorsements and more, Mayfield Sports has built their success on one key factor, if they tell you they will do something, they do it. To add a celebrity athlete to your marketing strategy contact Mark at 262-366-8188 today.