Davante Adams Best Wide Receiver in NFL? We Think So! 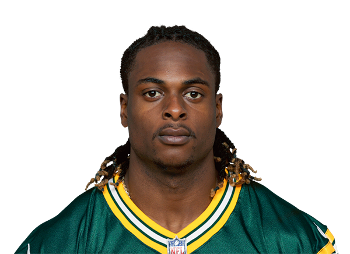 It’s often asked who is the best “fill in the blank,” and the NFL is certainly no exception.  When the question of who is the best WR in the NFL, Davante Adams doesn’t just think he should be in the discussion, but instead, he is the entirety of the discussion.  When asked if he was the best wide receiver (WR) in football, his answer was as humble as it could be while still being honest, “I think that’s fair to say.”  Quite an understatement for someone who’s having the caliber of year that Davante Adams is having.

After catching his league-leading 8th touchdown reception despite only playing in six of the Packers eight games, Adams continues to make his case as the NFL’s best WR not with words or bold proclamations but actions on the field, as it should be.

Establishing His Place in NFL History

Davante Adams the first player in NFL history to record three games of 10 plus receptions totaling over 150 yards in the team’s first eight games of the season. Adams is only the second player; Calvin Johnson is the other, to achieve that in an entire season.  On top of that, he’s the first player in the Super Bowl era to have over 50 catches for over 600 yards and eight or more touchdown receptions in his first six games.

It’s unfortunate in any year, but especially in a year with astronomical stats, to be hampered by injury.  Adams was slowed after an impressive start, sitting out the third and fourth games with a hamstring injury.  After the bye in week 5, Adams racked up six catches for 61 yards in his return.  A great stat line for sure, but a down week for him.  Didn’t take him long to get back into the swing of things with 13 catches for 196 yards and two touchdowns against the Houston Texans the very next week, picking up right where he left off.

The main criticism regarding the Packers offense is a lack of weapons beyond the trio of Aaron Rodgers, Aaron Jones, and Davante Adams.  It certainly seems that as long as Adams is around, the rest is nearly irrelevant.  Rodgers and Adams have connected on 76% of attempts this season.  Adams has more receptions (53) and touchdowns catches (8) than the rest of the Packer’s wide receiving corps combined.

Proving It On The Field

In the Thursday night game versus the 49ers, Rodgers completed four passes over 25 yards, three of which were to, you guessed it, Davante Adams.  To paraphrase Rodgers, he possesses the speed to make it challenging to play him low. He has an uncanny ability to gain separation and can make any necessary adjustments on the ball to create unbelievable catches.

Adams is on pace to finish the season with 1575 yards, which would surpass his career-best season receiving yards of 1386 yards.  Even with all the impressive numbers he’s putting up the season, he tries very hard to remain confident, not arrogant, stating as much in his interviews.

After the game against the 49ers, Adams was asked if he was the best wide receiver in the NFL. His response was humble yet honest. “Yeah, I think that’s fair to say. I think that’s not being conceited. That’s just confident.” Adams went on to add, “ It’s what I expect to do. It’s just about emptying the tank, man. I’ve got a lot to give. I’m relied on a lot in this offense, and I’ve got a very talented quarterback.” Adams has put up the numbers to prove his position as one of the top wide receivers in the NFL. It will be fun to watch Adams continue to put up gaudy numbers for the rest of the season.

Davante Adams Endorsing Greatness On and Off the Field

Adams has earned endorsements from Pepsi, Amazon, and U.S. Cellular. With numbers like these, along with his humble nature, it’s easy to understand why companies would be clamoring to add his face to their name.

Mayfield Sports Marketing is a leading sports marketing agency and speaker bureau, connecting companies with Davante Adams booking agent and others. Whether your company is small or large, our team can search our network of current and retired celebrity athletes available based on appearance fees, team, location, or sport. With access to hundreds of athletes available for corporate appearances, keynote or motivational speeches, and product endorsements, we work within your budget to match your goals with an athlete’s appearance.