Another Trip to the Playoffs for the Packers 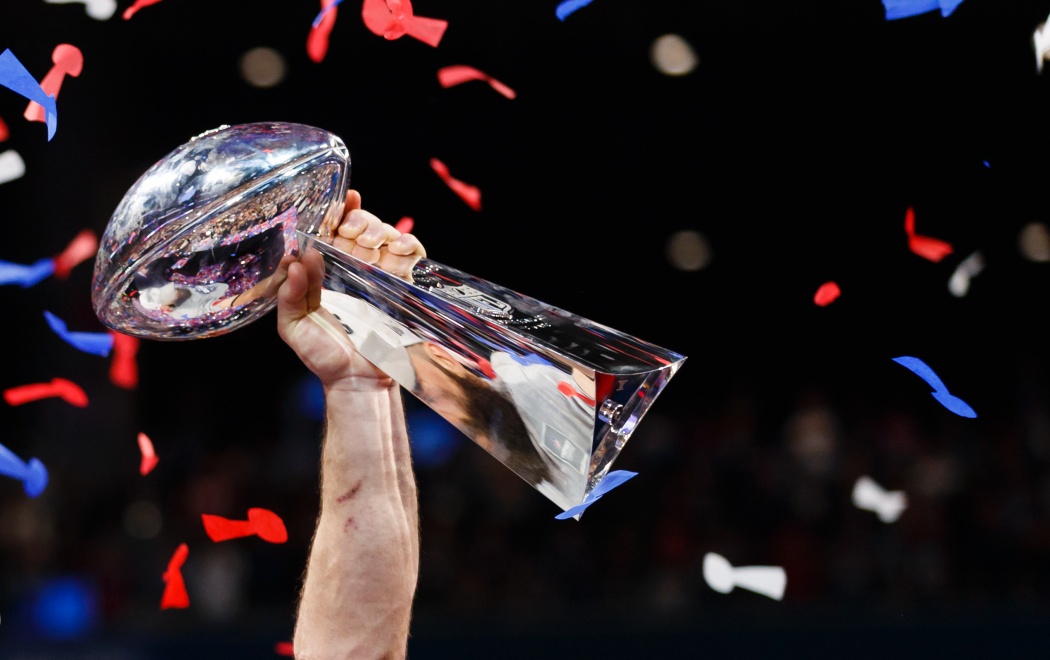 Throughout most of its 100-year history, success was the norm for the Green Bay Packers. After a solid trouncing of rival Chicago Bears at Soldier Field in the 2020 season finale, the Packers not only earned another trip to the playoffs but the first overall seed as well. Meaning the road to the Lombardi Trophy goes through the Hallowed Frozen Tundra of Green Bay, Wisconsin. Here’s a look at the playoff history of the Green Bay Packers.

While the NFL was established in 1920, there was no postseason until 1933 as the championship was decided exclusively by win-loss record. The Green Bay Packers still managed to acquire their first three NFL championships in consecutive years 1929-1931 with records of 12-0-1, 10-3-1, and 12-2-0, respectively. They also finished as runners up in 1927 and 1932. From 1933 – 1969 the NFL split into two divisions with the two best records in each division playing each other for the championship.

Beginning of the Super Bowl Era

The following year they beat Los Angeles in the conference championship and the Dallas Cowboys in the infamous Ice Bowl for the NFL Championship. The Packers won Super Bowl II over the Oakland Raiders, marking the end of the Lombardi era and the beginning of an extended dry spot.

Rough Times for the Storied Franchise

They didn’t make an appearance in the postseason until 1972, losing the divisional playoff game. A decade would pass before making another appearance winning their first-round game and then losing in the second round to Dallas. Another decade plus one year until their next postseason appearance after the 1993 season, winning the wildcard game against Detroit and losing, again, to Dallas in the Divisional playoff. The Packers finally put together consecutive trips to the postseason but suffered the same results as the prior year, beating the Lions in the Wildcard and losing to Dallas in the Divisional round.

After the 1995 season, the playoffs saw the Packers build upon their successes of the prior two years by beating Atlanta in the Wild Card round, the 49ers in the divisional round, and losing the NFC championship to (yep, you guessed it) the Dallas Cowboys. The next season would see the Brett Favre-led Packers continue to build upon previous success, defeating the 49ers in the Divisional round, Carolina in the NFC Championship, culminating in ending the Super Bowl drought by winning Super Bowl XXXI over the New England Patriots.

After victories over Tampa Bay and winning the NFC Championship at San Francisco, a repeat as Super Bowl Champions was not in the cards, losing to the Denver Broncos in Super Bowl XXXII.

Down, Then Rebound for Another Super Bowl

After the 1998 season, they would make the playoffs for a sixth consecutive year but lost in the opening round at San Francisco. After a three-year absence from the playoffs, they made the playoffs for four consecutive years. In 2001, beating San Francisco at home in the wildcard game and losing at St. Louis. Then again, in 2002, they saw a home loss to Atlanta in the Wild Card round. 2003 brought about a Wild Card home victory over Seattle and ended with a loss at Philadelphia. Finally, 2004 was an early exit with a rare home loss to the Vikings in the Wild Card round.

After another three-year dry spell, the 2007 Packers advanced to the NFC Championship game, losing at home again, this time to the Giants. After an ugly divorce from star QB Brett Favre, the 2008 Packers led by Aaron Rodgers would miss the playoffs. 2009 Packers traveled to Arizona for a Wild Card matchup, losing that game in a shootout in another overtime contest. After narrowly making the playoffs, the 2010 Packers became road warriors, winning at Philly, at Atlanta, at Chicago, and culminating with another Lombardi trophy defeating the Pittsburgh Steelers in Super Bowl XLV.

Close, But Not Quite

Ready to Make a Run

After the questionable decision to pass on more weapons for the aging Hall-of-Famer, Aaron Rodgers, and instead of drafting for the future, the Packers went on a tear in the 2020 season. The “declining” Aaron Rodgers responded to the perceived slight with vigor putting together what’s likely to be his third MVP season leading the league in completion percentage. The 2020 Packers finished 13-3 to clinch the lone bye in the NFC playoffs. The team’s 509 points and 66 touchdowns were both league leaders and the second-highest in team history.

There were some more phenomenal stats from this season. Rodgers threw more touchdown passes (48) than JK Scott punted (47), only the fourth team in the history of the NFL to do so. Also, 47 punts is the least ever in franchise history. Along those lines, Davante Adams caught more touchdowns (18) than Mason Crosby kicked field goals (16), leading the receiver to outscore the kicker 108 to 107, which is extremely rare. Oh, and Crosby was also 100% on field-goal (16/16) tries.

Performance in the red zone is crucial to any team’s success, and the Packers converted 60 red-zone trips (gold zone as the team now refers to it) into 48 touchdowns, giving them an 80% conversion rate, which is a whole 5% better than the second-place team. No team has had a higher percentage of red-zone touchdown conversions in the last 40 years. Rodgers set new team records with 48 TD passes and 51 total touchdowns on the topic of touchdowns. He also tied for third-most in NFL history with seven games of four touchdowns.

Among other records was Robert Tonyan’s 11 TD receptions, tying for the lead in the NFL among tight ends and tying the team record for tight ends. In spite of some highly publicized drops, Marquez Valdez-Scantling led the NFL in yards per catch at 20.9, hauling in 33 catches for 620 yards. He tied for most in the NFL with six catches of forty or more yards and averaged 43.7 yards per catch on his touchdown receptions.

In a season in history, the two best passer ratings now belong to Aaron Rodgers after finishing with a season rating of 121.5, just one point behind his own record of 122.5 set in 2011. Davante Adams also put up impressive numbers this year, breaking the team record for receptions with 115 (formerly 112 held by Sterling Sharpe and set in 1993), tied the season touchdown reception record (18 set in 1994 also by Sharpe), and fell just short of Jordy Nelson’s reception yardage record of 1519 (2014) with 1374 yards. All after missing almost three full games.

With team chemistry at an incredible high, and Rodgers and Adams, and Rodgers and LeFleur, all being perfectly in sync, this is the best chance the Packers have had to make a run and bring the Lombardi trophy home. The elite play by the Hall-of-Fame quarterback and his all-world receiver bolstered by excellent offense line play and a defense that has become stalwart over the last half of the season certainly fits the recipe for a championship. Let’s hope that comes to fruition, and we can add another championship to the legendary and storied history of the Green Bay Packers.