The NFL Network started an interesting series back in 2011 called NFL 100. The network polled NFL players and asked them to rank the 100 best players in the league. This year, two Green Bay Packers players ranked in the top ten. Aaron Rodgers was ranked third, and Mayfield Sports Marketing partner Davante Adams was ranked sixth. Additionally, our partners Aaron Jones (30) Jaire Alexander (41) were voted onto the list by their peers.

In addition to current Packers, we at Mayfield Sports Marketing partner with Packers’ legends. Many of these players are Super Bowl XXXI Champions and were top players in the NFL during their careers. As we looked at the NFL 100 list this year, we inserted the Super Bowl XXXI players who partnered with us using stats from the best season of their careers.

Dorsey Levens remains an immensely popular Green Bay Packers legend. In 1997, Levens had one of the most productive seasons in the history of Packers running backs with over 1,800 all-purpose yards. In this year’s NFL 100, the 26th ranked player was Cleveland’s, Nick Chubb. While many may believe this is too high to rank Levens, consider how his numbers in 1997 compared to Chubb’s in 2020.

It should be noted that Chubb played 12 games in 2020 whereas Levens played 16 in 1997. Nevertheless, Levens’ production still should have placed him higher than Chubb on this list.

Between 1997 and 1999, Antonio Freeman put up three straight 1,000 yard seasons. In the middle of this run, his 1998 season, Freeman put up one of the best receiving seasons in Packers history. That year, in 15 games, Freeman led the NFL in both receiving yards and receiving yards per game. His production would have been good enough in 2020 to supplant Minnesota rookie Justin Jefferson for 53rd on the NFL 100 list.

As seen above, Freeman had more yards, yards per game, and touchdowns in one less game than Jefferson played in 2020. Had Freeman played in the 16th game, he surely would have had more receptions too. Jefferson is a young star on the rise. However, if 1998 Antonio Freeman had been in the NFL last year, he would have been ranked higher than the Vikings’ rookie. 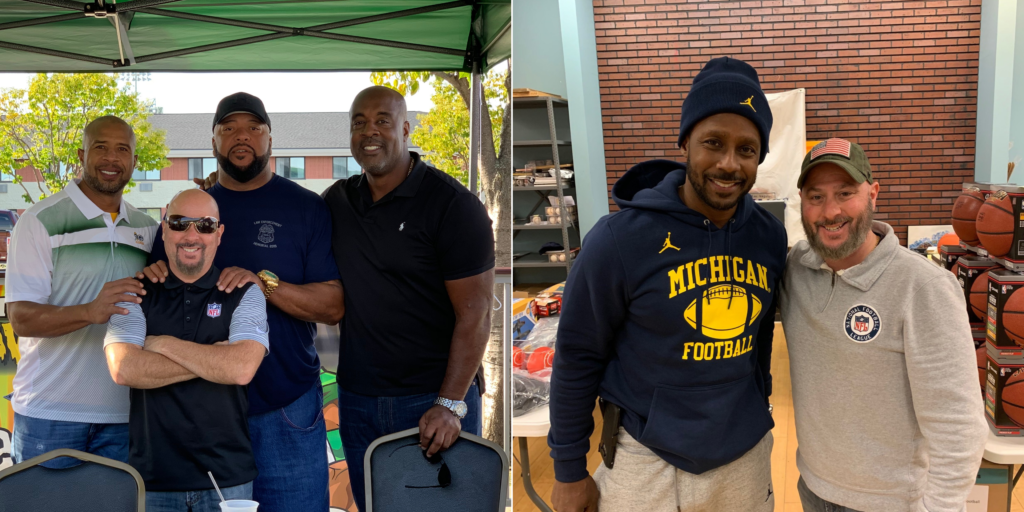 The “Gravedigger” is one of the most iconic Packers players in recent memory. A force on the defensive line, he did not always need to rack up the stats to make an impact. His massive frame plugged up holes disallowing running backs from making big gains. His best season came in 1996 when he helped the Packers win Super Bowl XXXI.

During that season, Gilbert recorded a single sack. Research of the number of tackles he recorded that season did not render any results. However, his dominance in stuffing runners would have led him to rank 78th on the list. Of special note, Gilbert’s plugging of running lanes helped the Packers hold Hall of Fame running back Curtis Martin to just 42 rushing yards in the Super Bowl.

Unlike the lost stats for Gilbert Brown’s 1996 season, the stats for Santana Dotson’s 1997 campaign are readily available. 1997 was, arguably, his best for the Green Bay Packers. Though he did not make the Pro Bowl that season, his numbers in many ways surpass those of Fletcher Cox. Cox has been named to the Pro Bowl six years in a row.

This may be a bit of a stretch. After all, no one on the NFL 100 is a punt or kick returner by trade. This is why we have put Desmond Howard at the 100th rank on the list.

That being said, if there was an NFL 100 list in 1997, the year after Howard’s astounding season with the Packers, he surely would have been on it. 1996 was the only full season in which Howard played with the Packers. During that campaign, he led the NFL in the following categories:

After dominating special teams all season, Howard did it again in the Super Bowl. In the Packers’ victory over the Patriots, Howard gained 154 kick return yards, returned a punt 90 yards (a record at that point), and became the first special teams player to be named Super Bowl MVP.

Call Mayfield Sports Marketing at 262-366-8188 to schedule a Packers Legend for your corporate appearance or product promotion.  Our booking agents will work on your behalf to get you the best price for your desired sports speaker.

Mayfield Sports Marketing has earned a reputation of being the one to call for booking top athletes to speak at events and trade shows. To learn more about Packers Legends' appearance cost and booking fee, please call us today. www.MayfieldSports.com.