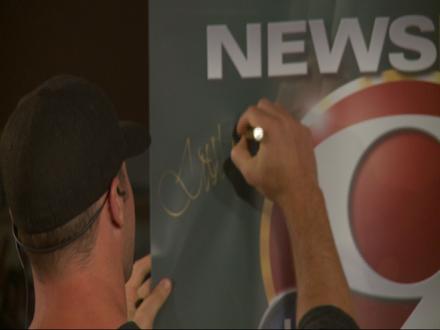 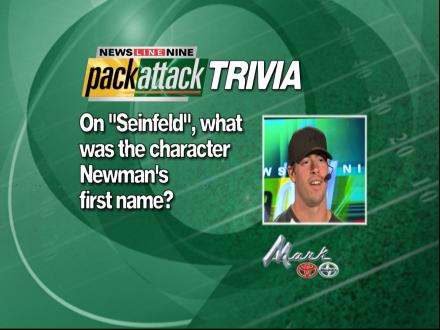 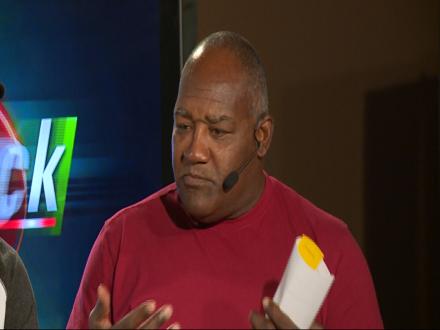 (WAOW) – The start of another exciting season of Pack Attack is underway! Packers Quarterback and Badgers alum Scott Tolzien is our first player guest.

Tolzien started in two games during the 2013 season as the Packers dealt with the loss of Aaron Rodgers to a collarbone injury.

Tolzien made the Packers 53-man team after the roster was trimmed at the end of the preseason.

The backup QB is no stranger to Pack Attack. This is his second time on the show!

You can watch the show Tuesday night at 6:30 on Newsline 9. We are your official Packers station!

From Wikipedia, the free encyclopedia

Scott Tolzien (born September 4, 1987) is a professional football player, a quarterback for the Green Bay Packers in the National Football League. He played college football at Wisconsin, where he was the starting quarterback for the 2010 team that was co-champion of the Big Ten Conference.

As a true freshman in 2006, Tolzien was redshirted and did not play. 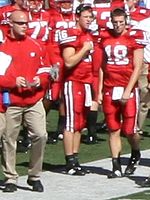 Tolzien did not play in any games for Wisconsin in 2007, as Wisconsin had Tyler Donovan, Allan Evridge, and Dustin Sherer at quarterback.

After Allan Evridge was benched following dismal performances against Michigan, Ohio State, and Penn State, Tolzien saw his first major action for Wisconsin against Iowa in Kinnick Stadium. He completed 5 passes on 8 attempts, but threw an interception in the red zone. Dustin Sherer eventually took charge of the Badgers, who finished the season a disappointing 7-6.

The winner of a spring quarterback competition, Tolzien beat out starter Sherer in 2009. He set the Wisconsin record for completions in a single season, with 211, and passed for 2,705 yards. Under Tolzien’s leadership, Wisconsin finished the season at 9-3. He threw a pair of interceptions that were returned for touchdowns in a loss at Ohio State and threw three interceptions against Iowa the following week. Despite this, Tolzien was at the top of his game in games against Michigan, Minnesota, and Michigan State, and was named Big Ten Offensive Player of the Week for his efforts against Michigan State.

Tolzien finished the 2009 season in a 20-14 win over Miami in the Champs Sports Bowl, completing 19 passes on 26 attempts as the Badgers knocked off the higher-ranked Hurricanes.

After a disappointing effort against Michigan State in which the Badger receiving corps dropped several passes, Tolzien improved week after week as the Badgers won their next 7 games, to finish the year 11-1. Against a top 5 Ohio State defense, Tolzien completed 13 of 16 passes. His efforts led the Badgers to an eventual upset of then top-ranked Ohio State. The next week against Iowa, Tolzien again had a solid game, completing 20 passes on 26 attempts for 205 yards and a touchdown. Most impressively, Tolzien led the Badgers down the field for the game-winning touchdown with Wisconsin’s running game stifled by Iowa’s defense. In his final home start, against the Northwestern Wildcats, Tolzien was nearly flawless, completing 15 passes on 19 attempts for 230 yards with four touchdown passes.

Tolzien made his final collegiate start at Wisconsin in the Rose Bowl against one of the top defenses in the nation, TCU. He finished the game with 12 completions out of 21 attempts for 159 yards, no touchdowns and no interceptions and a rating of 120.7 for the game, but the Horned Frogs won, 21-19. Tolzein completed his college career at the East-West Shrine Game on January 22, 2011.[2]

Tolzien won the Johnny Unitas Golden Arm Award in 2010, edging out finalists Andy Dalton of TCU, Colin Kaepernick of Nevada, Christian Ponder of Florida State, and Ricky Stanzi of Iowa,[3][4] He smashed the Wisconsin record for completion percentage in a season in his remarkable 2010 season, completing 74.3% of his passes in 12 regular season games. Tolzien ranked 4th nationally in passer rating, and led the nation in completion percentage.

Tolzien took part in the NFL Combine at Lucas Oil Stadium in Indianapolis.

Tolzien was signed by the San Diego Chargers as an undrafted free agent following the 2011 NFL Draft on July 26, 2011. He then appeared in three of the four preseason games. During that time, he completed 25 of 40 pass attempts for 302 total yards, one touchdown pass, and one interception, and had 4 rush attempts for 24 yards. He was subsequently released by the team on September 3, 2011, in final cuts.

The San Francisco 49ers claimed Tolzien off waivers on September 4, 2011, to be the team’s third-string quarterback behind starter Alex Smith and backup Colin Kaepernick. He remained with San Francisco after the conclusion of the 2012 preseason, still slotted as the team’s third-string quarterback. On August 26, 2013, Tolzien was waived by the 49ers.[6]

Tolzien was signed to the Green Bay Packers practice squad on September 1, 2013.[7] After Aaron Rodgers suffered a clavicle injury, the Packers brought him up from the practice squad to the active roster. On November 10, 2013, Tolzien entered a game after an early injury to Rodgers’s backup Seneca Wallace.[8] In his regular season debut, Tolzien completed 24 passes in 39 attempts for 280 yards, one touchdown and two interceptions in a 27-13 loss to the Philadelphia Eagles, earning him the start in the Packers’ next game against the New York Giants.[9] Against the Giants, Tolzien was 24 of 34 and threw for 339 yards, but also threw 3 interceptions in a 27-13 loss. After the game, head coach Mike McCarthy remarked that he had never seen anyone hit every shot he took down field, having been five for five on plays of 25 yards or longer. The next week against the Vikings, Tolzien performed an elusive spin move during a touchdown run before being relieved by quarterback Matt Flynn who led the Packers to a tie against their rival.[10] [11]

Legends of the Field

This site uses Akismet to reduce spam. Learn how your comment data is processed.